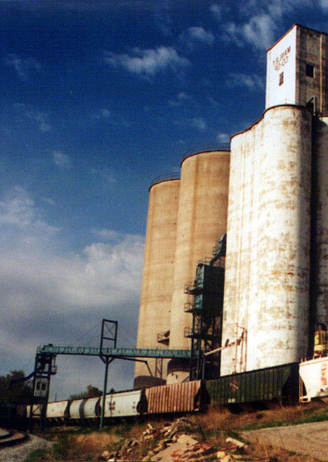 The remaining Tier 3 rail lines in Western Australia's grain belt have been closed, and many are waiting to see what effect it will have when tonnes of freight are moved onto the roads.

The rail lines have served WA’s grain belt for over a century, but a big repair bill has caused a dispute between the main companies operating on the lines.

It would cost about $120 million to patch damaged sections of the lines and return them to an efficient operating condition, but two companies, Brookfield and CBH, cannot decide who should foot the bill.

CBH Group runs the trains, as the state's main grain handler, but the lines themselves have been leased exclusively by Brookfield Rail until 2049.

Reports say there are about 870,000 tonnes of grain waiting at sites along the lines, which some estimate could equate to an extra 30,000 truck movements on WA roads.

CBH is looking to broker a commercial arrangement with Brookfield, while also seeking the Economic Regulation Authority’s (ERA) separate approval for access.

Meanwhile, he Australian Competition and Consumer Commission (ACCC) has issued a draft acceptance of CBH’s application to let exporters into Long Term Agreements (LTA) over port services in Western Australia.

CBH has been in charge of allocating port terminal capacity to third parties for a year at a time, but may soon be able to offer longer deals.

“We've been looking to be able to provide some level of longer term agreements for customers where they can lock away a certain portion of their access year after year and have the certainty that they're going to have access to our ports for that volume each year for a longer period of time,” CBH general manager of operations David Capper told the ABC.

ACCC has put out the call for public submissions in relation to its draft decision, accepting CBH’s proposal.