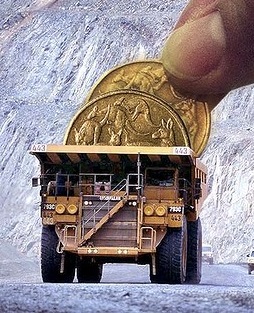 New WA Department of Mines and Petroleum figures show a 20 per cent increase in the state’s total resource industry value from last year.

The data shows Western Australia’s mineral and petroleum industry in 2013-14 was worth $121.6 billion.

Iron ore was the highest-value resource for the year, with a record $73.7 billion in sales.

As of September this year, WA had $160 billion worth of resource projects under construction or in development, showing that the state will its status as Australia’s leading mining region for some years.

The reports say around $108 billion is allocated to planned or potential future projects for the next few years as well.

China is still WA’s major trading partner, receiving 54 per cent of exports, followed by Japan at 18 per cent and South Korea at eight per cent.