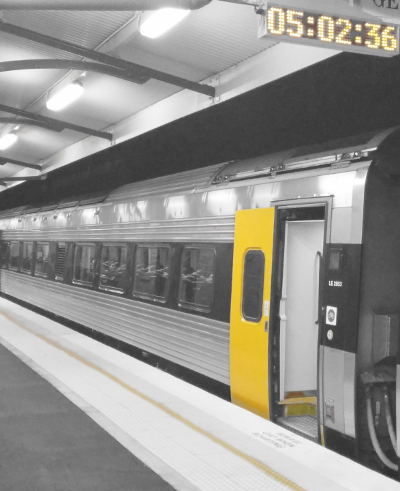 The NSW Government has been slammed for spending over $300,000 on public transport research.

In September 2015, the Baird Government contracted PricewaterhouseCoopers (PwC) to undertake six weeks of customer research to find out how people feel about the Opal ticketing system's public transport fares.

It is not known what questions PwC asked, but the data is believed to have played into a planned overhaul of train, bus and ferry fares set for July.

The Independent Pricing and Regulatory Tribunal (IPART) released a set of proposals for the overhaul late last year, claiming that they would allow 60 per cent of customers to pay less if adopted.

They include a plan to charge customers per kilometre, so fares for longer distances will increase.

But Opposition Transport spokesperson Ryan Park says the numbers have been massaged.

“IPART is saying most customers will save money; some of the savings they're counting are savings of two or five cents a trip,” he said.

“That doesn't count when there are other customers who'll pay $900 extra a year.

“People who live outside the inner city are usually on a much lower income than those in the city.

“It has always been the case, just like it is with country hospitals, country roads that the main populations cross-subsidise and support to ensure everyone in NSW has access to fair and equitable public services.”

“If the proposals are adopted it will be more cost-effective for many people to get back in the car.

“They like to bang on about the rising cost of living, but the fact is when Labor were in office, public transport fares increased by 87 per cent,” he said.

“IPART's draft report on public transport fares is exactly that - a draft.

“The point of the IPART review is to make our ticketing system fairer, and the report needs to be looked at in its entirety,” the minister said.

“Engaging with customers is key to providing better services,” he said.

“This is part of our ongoing efforts to improve the system and deliver better outcomes.”