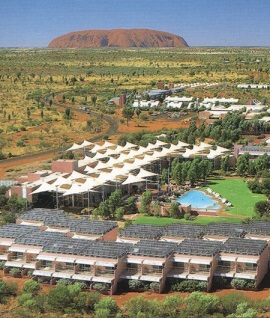 Debts and the fear of mismanagement has led to a large-scale spill of the executive board for several tourist resorts and centres in the Northern Territory and Queensland.

The firm that manages a five-resort complex at Ayers Rock, the 615,000ha Home Valley Resort in the East Kimberley and the Mossman Gorge Cultural Centre in far north Queensland has undergone sweeping changes in its management team, after questions were raised by the Indigenous Land Council (ILC) – which actually owns the sites.

The big spill has sparked a feud over the investments and profitability of the company which is best known for its high proportion of Aboriginal employees and the tailored advantages it provides.

A group called Voyages Indigenous Tourism Australia had been taking care of the popular tourist spots on behalf of the ILC. The head of the Voyages group, Koos Klein resigned after contracts were not renewed for more than half of the high-powered board, including Investec Bank chair Richard Longes, international property executive Peter Barge, former Qantas CEO Geoff Dixon, Ronald Morony – former chief executive of Indigenous Business Australia.

The changes that sparked the spill were brought about by concerns from the ILC’s chairperson Dr Dawn Casey.

The ILC purchased the Ayers Rock Resort in 2010 for $317 million, including a $198 million loan provided by the federal government.

At the time the resort complex had just a single Aboriginal employee, but now boasts over 200. In the years since the purchase, the ILC has become concerned with its ability to deal with the near-$10 million debt, leading to Dr Casey’s move to “refresh” the Voyages board – despite no Voyages executives having any involvement in the original decision.

Dr Casey says action had to be taken based on “a significant write-down of $62 million, or 20 per cent, in the value of the Ayer’s Rock Resort”.

Dr Casey says former Finance Minister Penny Wong and former Indigenous Affairs Minister Jenny Macklin shared her concerns of “what we perceived was a high purchase price and the significant loans the ILC’s previous board had taken out.”

In a resignation email supposedly obtained by News Ltd media, former Voyages CEO Koos Klein said: “I have invested a lot of in this project and would appreciate the opportunity for a proper and professional handover in the interest of the company, that staff and especially the close-to-300 indigenous people who have found professional training opportunities and meaningful jobs with Voyages.”

The claims that the board change was due to a $62 million markdown have been questioned by several experts not employed by either board.

Some insiders and business experts have said the Ayers Rock Resort is far from struggling, and that any write-down is more a reflection of the general state of uncertainty in the tourism industry – especially for the Northern Territory.

In an interview overnight Dr Casey said: “Voyages management team have done an astounding job... it’s whether or not it’s cost effective.”