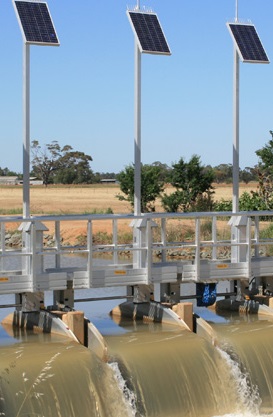 The government body that has been left holding the bag on Victoria’s $2 billion irrigation project says it has dropped behind schedule.

Some delays may be understandable for the administrators of the large-scale Foodbowl Modernisation project in northern Victoria. Responsibility was dumped on Goulburn-Murray Water when the State Government merged a former authority (NVIRP) into it. GMV have been trying to make up ground since taking over the massive project in 2012.

Managing director of GMW, Gavin Hanlon says they may have fallen a little bit behind, but the budget is still intact: “With five years still to go in the project, whilst it is a little bit behind at the moment, I think we have to have some discussions with our customer groups about what's a sensible way to phase the project,” he said,

The new administrators say they have learned a lot from consultations so far, and will use the delays to eventually deliver the best results.

“With 12 months' experience now dealing with the connections side of the project, you know are there better ways to do this.”