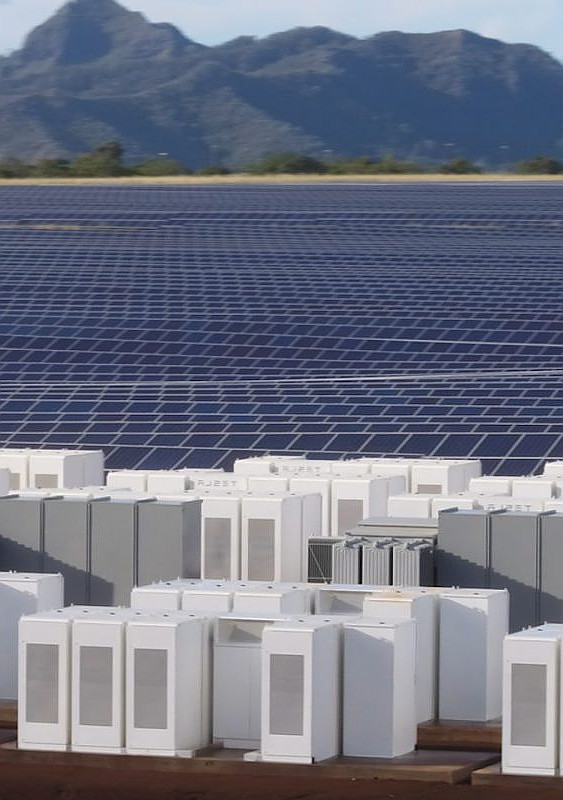 The world's largest lithium ion battery has been switched on in South Australia.

SA Premier Jay Weatherill visited the site for the official launch of the giant Tesla battery, which had actually started working a day earlier, due to weather issues.

With temperatures across South Australia and Victoria hitting the mid-30s, and wind farms’ output low, the battery was used to help meet Thursday afternoon's peak demand, dispatching a maximum of 59 megawatts of power.

The hot weather prompted the Australian Energy Market Operator (AEMO) to begin paying power customers to reduce their electricity usage during the peak period, though the customer or customers involved were not identified publicly.

They would have been heavy power users who volunteered to reduce their usage under a “demand management” program, part of AEMO's plan to prevent unexpected blackouts following the closure of the Hazelwood coal-fired power station in Victoria.

Neoen owns the Hornsdale windfarm, to which the 100-megawatt Tesla battery is attached.

Tesla boss Elon Musk did not visit for this event, something Mr Weatherill made light of.

“The great thing about Elon is he delivers,” the premier said.

“He's very proud of the fact that they were able to meet that deadline. He's probably a little bit relieved as well. He's got fifty million bucks in his back pocket.”

SA taxpayers will pay up to $50 million in subsidies to Tesla and Neoen over the next 10 years in exchange for State Government access to 70 per cent of the energy stored within.

The Premier says the investment will be recouped in the form of lower power bills.

“It provides stabilisation services, which is short bursts of energy for the purposes of providing frequency control,” he said.

“The second thing it does is potentially provide an extra burst of energy to deal with reserve shortfalls, the sorts of things that emerged yesterday.”