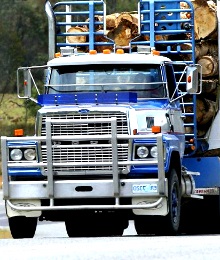 Leaked copies of a Freight Logistics Co-ordination Team’s (FLCT) final report to the Tasmanian Government have caused concern among transporters and taxpayers.

The report is due to be presented in the state’s parliament this week, but early sightings have been made already.

The list obtained by a Fairfax Media publication includes the suggestion that a high-level public-private advisory group should help draft a full freight strategy by June 30. Coincidentally, the Freight Logistics Co-ordination Team points out that it is exactly that kind of group.

Some critics so far have said the $1.5 million co-ordinated effort to create the draft was a massive over-spend, outsourcing council work to external contractors.

Other reports say the Tasmanian logistics industry is not thrilled with the recommendations either, indicating it may only support the sale or lease of government-owned assets to the private sector and the implementation of a single planning zone for major freight corridors and infrastructure.

Tasmanian Chamber of Commerce and Industry chief executive Michael Bailey said that while he had not seen the leaked documents, the freight industry will be looking for genuine methods to bring down the cost of transport, and would be disappointed if the year-long review process did not yield something productive.

“I would hope that there would be some meaty recommendations out of this body of work,” Mr Bailey said.

“I think calling for another report will cause some frustration in the business community.”

Infrastructure Minister David O'Byrne said the FLCT was doing what it was set up to do.

“There is no silver bullet solution to the challenges Tasmania faces as an island state, but the work undertaken by the FLCT, the first time in a generation that work of this kind and significance has occurred, gives us the evidence to genuinely develop real and sustainable solutions.”

The Tasmanian Liberal Opposition says it has been a useless waste of time and money, according to Opposition leader Rene Hidding.

“The opportunity was there for David O'Byrne and his government to actually come up with something but after all this time, after all this money, the report says nothing,” Hidding says

“It simply says we should have a plan, this is what this was; to come up with a plan.”

Insiders say the leaked documents do not show all the recommendations to be tabled; the rest will become available this week.