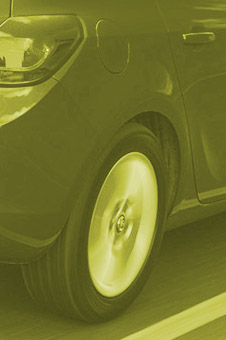 On July 1, South Australian police (SAPOL) gained the ability to take ownership and destroy a vehicle if an alleged offender did not pay release fees of up to $1,400 within 39 days of the vehicle being impounded.

This fee is applicable before an alleged offender is found guilty of any one of dozens of prescribed offences.

The offences include dangerous and hoon driving, running from police, leaving the scene of a motor vehicle incident, refusing an alcohol or blood test, allowing a vehicle's registration to lapse and, bizarrely, marking graffiti.

The changes would see drug drivers instantly issued a three-month loss of licence, with a possible a 12-month disqualification if they show another positive result within five years.

Mr Tarzia says the legislation is “crucial to protect not only the road users with drugs in their system but also the other innocent road users”.

But Adelaide traffic lawyer Karen Stanley says SAPOL is creating a lawyer's “picnic” by attempting to penalise people before an offence has been proven. She warned the new bill would create serious “constitutional issues”.

She described SAPOL's roadside screening tests as “wildly inaccurate”, and would see licences being disqualified “on the mere possibility they had committed an offence”.

On the matter of the impound fees introduced in July, Ms Stanley says they amount to little more than “spin by the politicians to make it seem like they're tough on crime”, with clamping laws having been in place since 2007.

“The only change is that drivers now have to pay upfront to get their vehicles released before the charges are finalised,” she said.

“But police have told me they are going to refund the money if a person does not get found guilty of that offence.

“I think that there may be constitutional issues with the fact that a person is financially penalised before they have even been charged, with the government promising that they will refund the fine if the person is ultimately not found guilty.”

Law Society of SA President Rebecca Sandford says people should not have to pay fees before being convicted of an offence.

“The removal of a payment plan will only serve to entrench poverty while barely troubling offending drivers who have the funds to pay the fine upfront,” she said.

“The flow-on effects for a motorist who loses their car because they can't summon $1,135.50 within four weeks can be disastrous, especially for a low-income earner who relies on their car for work, including to earn money to pay the fine, or family duties.

“Where the car in question is a family vehicle and also used by others who have not been accused of breaking the law, the potential consequences are even more significant.”

The Police Minister was also criticised for removing any option for a payment plan, meaning some may have to take out loans and pay interest to recover their car after an offence as mild as letting their registration lapse.

There is also no explanation for why ‘marking graffiti’ offences could see a person’s car crushed.