Rolling ahead on big road build 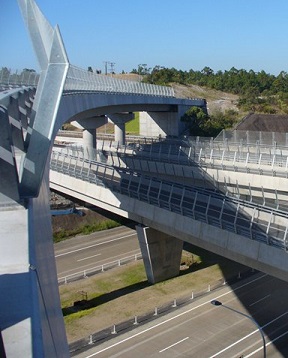 Authorities say things are progressing as they should on the Hunter Expressway in NSW, soon to cut a big chunk off transport times from Newcastle to the Hunter Valley.

The $1.7 billion upgrade to 40km of road has been going since 2010 but is now nearing an end – likely by late December this year.

The expressway work is no mere patch-up, project spokesperson Hudson Bawden says 49 of the scheduled 52 bridges are now complete.

“The work on the remaining three bridges is expected to be completed in the next couple of weeks.”

The project is not just bridges either: “there's 5.3 kilometres of noise walls along the project and about 85 per cent of those noise walls have been installed,” Mr Bawden said.

“One of the key construction activities that has to be completed before the project's finished is the construction of the road itself... the project team has completed about 90 per cent of the dual carriage-way.”

Authorities just hope the good weather can hold out, and the project will be ready on time.

“The weather we've had recently has been fantastic for the construction of the job... good dry weather is what we need particularly for concreting paving, which is the stage we're into now and which is the work we have to do to finish the job before it can open to traffic,” Mr Bawden said

“We expect to have the project open and available for people to drive on before Christmas.”