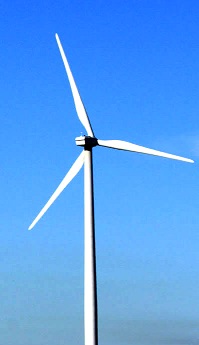 Despite the Environment Protection Authority’s approval of a $200 million wind farm on Tasmania's west coast, the company behind it says they may not get the investment needed.

The key proponent of the Granville Harbour wind farm, West Coast Wind, says investors do not want to put up the money until the outcome of the Commonwealth review.

The review into the renewable energy target scheme, which was set up by the Howard Government in 2001, occurs mandatorily every two years.

This is the first year the review will be overseen by Prime Minister Tony Abbott, and he is reportedly facing intense pressure from lobbyists, the mining sector and his own party members to scrap the scheme.

West Coast Wind director Royce Smith has told the ABC he thinks the 33-turbine Tasmanian project will remain on hold.

“It's just a bit hard to invest money if you don't know what the outcome is going to be, they're just a bit nervous.”

Chair of the International Renewable Energy Alliance Peter Rae says he is confident there will be no major changes.

“The RET scheme is something that was supported by all parties,” Mr Rae said.

“The 2020 target was a commitment by both the outgoing government and the incoming government at the last election, I don't see any likelihood of them not honouring that obligation.”

Rae says the scheme is all-important for Tasmania’s future.

“It is the basis upon which we can expand wind generation and do some further improvements of [Tasmanian energy supplier Hydro Tasmania] by increasing the efficiency and output of some of the Hydro schemes.”

The outcome of the review is not expected for several months.