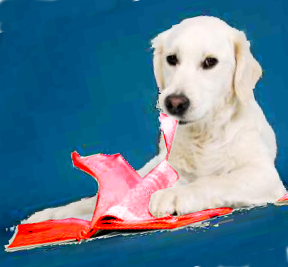 There has long been a perception that the public sector enjoys a bit of regulation, but a recent speech from Dr Ian Watt says the opposite is now the way.

Secretary of the Department of Prime Minister and Cabinet, Ian Watt said in an address aimed at the entire Australian Public Service that groups will be formed specifically to root-out needless regulation and overlap, as part of the Federal Government's voracious crusade against the evils of ‘red tape’.

“Every Government Department and Agency, and every Departmental Secretary and senior bureaucrat, will be expected to take deregulation very, very seriously,” Dr Watt said.

“That is why the Government has decided that dedicated Deregulation Units, headed by SES officers, will be established in every Department, and it’s why we’re in the process of implementing the Government’s election commitment to link reductions in red tape to SES and Secretary performance agreements and discussions.”

Dr Watt says it might require a slight change of habit.

“There has been a tendency for the APS to turn, almost by reflex, to regulation as a way to solve problems. We need to check and reverse this tendency,” he said.

Members of public sector should take up a default position against regulation, unless it is useful and warranted, Dr Watt said.

“The Government is committed to reducing the net regulatory burden on businesses and individuals by at least $1 billion a year and I believe that is readily achievable.”

Right now the public sector is struggling to shift gears in the machinery of government, with three Departments abolished, two Departments created and nine Departments renamed.

“To date, there have been twenty-five separate machinery of government changes completed involving fifteen Departments and Agencies and impacting on approximately ten thousand staff,” he said.

The overhaul going on at the moment is the result of a few years of pure accumulation, Dr Watt said, adding that with the new Government comes new philosophies and rhetoric to tout them; “We need to be sensitive to those changes, to understand them and to adapt to them, just as we adapt to the more mechanical changes, and translate that into our work,” he said.

The full speech is accessible here.