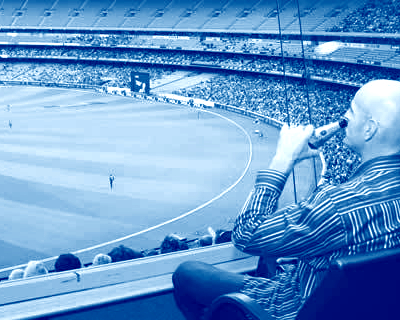 The report looked at 17 government agencies, and found that tickets provided to sponsored events were used for personal purposes too often.

But the PSC said it was pleased with the way many agencies were updating and tightening policies for the use of tickets and other perks, after some recent controversy on sponsorship deals.

“Government bodies are more mindful and conservative about the circumstances applying to sponsored or financially supported arrangements,” commissioner Mal Wauchope said in the foreword to his report.

But still, across the 17 agencies surveyed, about 20 per cent of tickets provided under sponsorship agreements were found to have been used in a private capacity.

“This issue requires addressing to eliminate or, at a minimum, significantly reduce this type of use,” the report said.

“In general, attendance by board members or employees at events without a specific ‘public purpose’ or ‘business-focused’ role should not occur.

“Staff or board members should ask themselves; ‘Is there any essential benefit to the business in me attending the event?’

“If not, then they should strongly consider whether it would be appropriate for them to attend the event.

“Private use [should be] eliminated or significantly reduced and scrutinised.”

The PSC warned that must be a defensible public purpose linking a sponsored event and the agency’s core business.

It also raised concerns that just 41 per cent of event sponsorship or grant arrangements that required ministerial approval actually received it.