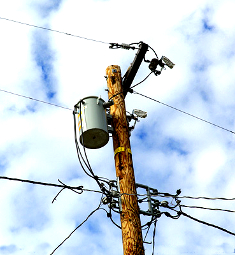 The Queensland Government says it is still working out the details of its plan to merge five state-owned power companies.

Cabinet is set to decided later this year which companies will take on new roles, and which will be abolished.

It is part of the Palaszczuk Government’s election commitment to merge CS Energy and Stanwell Corporation into a single power-generating company, while Energex, Ergon and Powerlink will become one distribution business.

But it has flagged a number of different combinations in recent months.

“We have a range of options, looking at Powerlink, Ergon, Energex, CS Energy and Stanwell. All of these will form a mix of companies and options,” Mr Pitt said.

“The mergers are still ongoing. We're just making sure we do all the due diligence to ensure we get the best outcome for Queenslanders.”

“There are a number of different ways you can do a merger process, we're looking at all of the permutations and we're working our way steadily through that process,” he said.

“It's a matter of how you do it to make sure that you get the savings but also have the most efficient market place that you can.

“We always said it would be subject to competition being protected and consultation with the ACCC.

“We'll work through this steadily for the best possible outcome in terms of both savings to the budget and also for consumers in the market place.”

“We've had everyone who knows anything about electricity say that the policy of merging the generators is a dud policy,” Mr Powell said.

Reports in the Australian Financial Review have alleged that industrial electricity customers were being price gouged by CS Energy and Stanwell.

The companies deny the claim, but it is understood that they form part of the ACCC's reservations about mergers.

Mr Pitt said he had heard the claims, and would take action if power companies were found to have been charging unfair prices.

But, he said he was not aware that it was happening.

“The last time this matter was considered under the National Electricity Market there was no concern raised about Queensland at that time,” Mr Pitt said.

“If of course there are concerns, I'd be the first to be interested and act on that.”