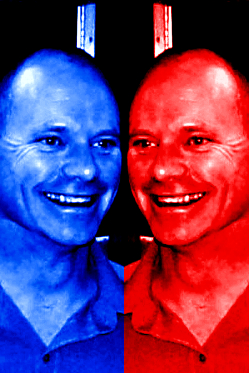 The Queensland Premier’s incursions into the state’s legal system have caused some strong concern this week, as he moves to modify the Crime and Misconduct Commission.

Premier Campbell Newman is looking to remove the need for bipartisan agreement on the appointment of the Crime and Misconduct Commission (CMC) chairperson, chief executive officer and commissioners.

He also wants to reduce the possible scope for investigation of anonymous complaints.

The Queensland Government’s changes were given the green light by the LNP-dominated Legal Affairs and Community Safety Committee this week.

The move has been slammed by a variety of legal authorities, members of the public and even Newman’s own backbench.

President of the Queensland Law and Justice Institute Peter Callaghan, SC, said it could not be justified.

“It’s actually a bit creepy that a government with this much power would want to ­appropriate this power to itself,” Mr Callaghan said.

Tony Fitzgerald, the man who spearheaded a 1989 review which set up the commission, has condemned the move.

“It has staked our future and its future on the whims of a few inexperienced, arrogant fools who seem unaware of the extent of their own ignorance,” he said.

“The commission will be available for use as a political weapon.”

Assistant Health Minister Chris Davis said he was worried about the implications and how they may make the party look.

“I want our Government to be responsive to reasonable public perceptions,” Dr Davis said.

“The electorate wants governments to be accountable and to be seen as accountable.

“We need to be very careful that we are not actually, or seen to be, reducing our transparency and accountability.”

Mr Newman denied the notion that being able to pick the leaders of the commission for investigating criminal corruption, which often involves or is perpetrated by political figures, could provide any political advantage.

“It doesn’t mean they won’t do the job they’ve always done,” Mr Newman said of the anti-corruption watchdog.

“They’re still there and they’re still funded to do that job. Just in the future, we want to see more emphasis on the activities of criminal gangs.”

Queensland’s CMC was the subject of a review in 2012 after allegations that the previous Labor government had used it for political advantage, though some insiders say the current reforms will only enhance that practice.