Maths and reading dip all over, worse in QLD 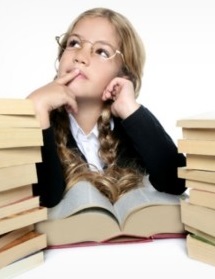 A round-up of figures from the Council of Australian Governments (COAG) has tracked educational progress across the states, showing room for improvement in several classes.

Queensland probably has the longest road to patching up its standards, as it slips below the national rate of students taking up full-time work or study after leaving school.

Australia-wide, the proportion of people who took on full time work or study after high school dropped, moving from near 74 per cent to around 73 per cent.

In Queensland however, less than 70 per cent of young people were fully engaged in work or study.

Literacy and numeracy scores were compared in the COAG report too. It found that in 2012, close to one in 15 students across grades three, five, seven and nine failed to reach the minimum numeracy standard.

That figures is lower in Queensland, with the proportion students who met the minimum numeracy standard well below the national average in grades three and five, and among the lowest levels for the country in grades seven and nine.

The proportion of Queensland students at the minimum standard of literacy skills has improved in grades three and five, but there was no significant change in grades seven and nine.

All facts and figures from the latest COAG round-up are available here.