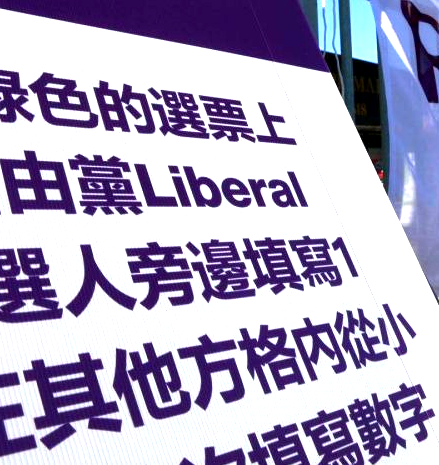 The former director of Victoria's Liberal party has avoided a referral to the High Court over fake official election ads.

Former director Simon Frost authorised Chinese-language corflutes that were posted in the Melbourne seats of Kooyong and Chisholm, which described the “correct” way to vote – putting  the Liberals first in the 2019 federal election.

The purple and white signs were made in the same style as messaging from independent Australian Electoral Commission.

In December, the Court of Disputed Returns found the materials to be misleading or deceptive.

But it has now ruled out referring Mr Frost to the High Court for breaches of electoral rules.

“Mr Frost authorised the printing, publishing and distribution of the corflutes ... likely to mislead or deceive an elector in relation to the casting of a vote, when placed adjacent to AEC signage,” Chief Justice James Allsop, and justices Andrew Greenwood and Anthony Besanko said.

The court did not have enough information to support a referral.

“We made limited findings about what Mr Frost plainly knew, recognising ... that he was not cross-examined on his evidence that he did not intend to mislead anyone,” they said of last year's hearings.

“Given the limited nature of our findings in the December reasons and the way the hearing of the petitions was conducted, we are not in a position to draw such conclusion(s) about Mr Frost's state of mind and knowledge and it would be unfair on him so to do.”

Failed candidates had sought to overturn the re-election of federal Treasurer Josh Frydenberg in Kooyong and the Liberal's pick for Chisholm, Gladys Liu, on the basis that the corflutes were illegal.

The court found there was “no real chance” the ads could have affected the May 18 results in Kooyong or Chisholm.