Impartiality over opinion in public service 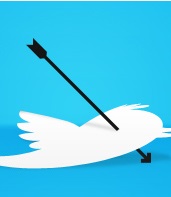 Workers in the public sector can expect harsh consequences if they choose to air work grievances on social networks, according to a senior official.

“If you spend time bagging your organisation online or offline you should not think that your employment is going to continue unconditionally,” The Finance Department's John Sheridan told a gathering of public servants in Canberra.

Mr Sheridan said he believes the rules for federal government employees are fair enough, and that departments should act when they are breached. He also said messages disparaging employers posted on Twitter and Facebook might as well be stuck to the office noticeboard.

“If you post defamatory material on a pinboard in the office... you shouldn't be surprised by the consequences.”

The comments come from the ongoing case of public servant Michaela Banerji, who was recently sacked after criticising the policies underpinning the Immigration Department, for which she worked.

Her dismissal is seen as a precedent for the sacking of public servants who disparage their departments. In her defence, Ms Banerji said she should not be sacked for “a simple expression of political opinion, made in [her] own time, away from work.”

She also felt her constitutionally-implied rights had been impinged upon “for expressing a political opinion.”

Mr Sheridan said the ability to remove oneself from public political discourse was central tenet of public service.

“The public service centres upon principles of impartiality, so that we can provide services to whatever side of politics holds government at a given point,” he said.

The judge in Mr Banerji’s case said: “Even if there be a constitutional right of the kind for which [Ms Banerji] contends, it does not provide a licence ... to breach a contract of employment.”

Reports this week now claim that vocal spokesperson for the Immigration Department, Sandi Logan, who was the receiver of several of Ms Banerji’s comments has now had his own internet voice silenced by higher-ups in the Government.