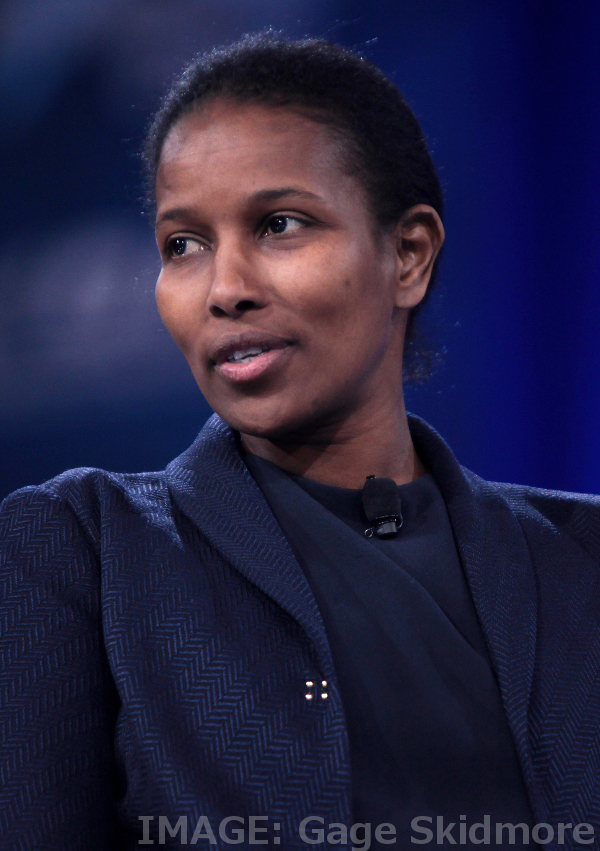 Somali-born former Dutch politician, Ayaan Hirsi Ali - who moved to the Netherlands after seeking asylum to avoid an arranged marriage – says segregated Islamic education does not help with integration into host societies.

She says apparent inaction would push Australians closer to fringe groups like Pauline Hanson’s One Nation.

Asked about Islamic schools – some of which present a censored science curriculum and do not offer music or art classes – Ms Hirsi Ali said: “It is child abuse pure and simple. Muslim schools should not be allowed in liberal society.”

“Everyone says we allow Christian and Jewish schools but they are different. The Muslim schools are political ideology masquerading as a religion infiltrating the institution of learning, preying on really small children and filling their heads up with these extreme ideas,” she said.

“These Muslim schools they take opportunity away from the children, they should be banned.”

Expanding on her statements in a later interview with industry press The Educator, Ms Hirsi Ali said that Islamic education for Muslim students, “gets in the way of the integration into the host society”.

“If you wanted to help Muslim students, you wouldn't want to isolate them by putting them in exclusively-Islamic schools,” she said.

She said many Muslim students were from low-income families and did not speak the language of the host country.

“From a socio-economic perspective, one would be hurting Muslim students instead of helping them by putting them in these isolated schools,” she said.

“Then they become a target for Islamist ideology and even Jihadist ideology.”

“There are more than 40 non-government Islamic schools in Australia. While some had been investigated for governance issues there are no concerns about curriculums,” he told Yahoo 7 News.

“We are doing anti-radicalisation day in and day out because whoever is doing the radicalisation is a propaganda machine that is targeting our boys and girls.”

Rifi called for providing Muslim students’ with greater resilience “so they can say; ‘No’, and know how to deal with this propaganda”.