Green light on skyscrapers as Victoria gets high 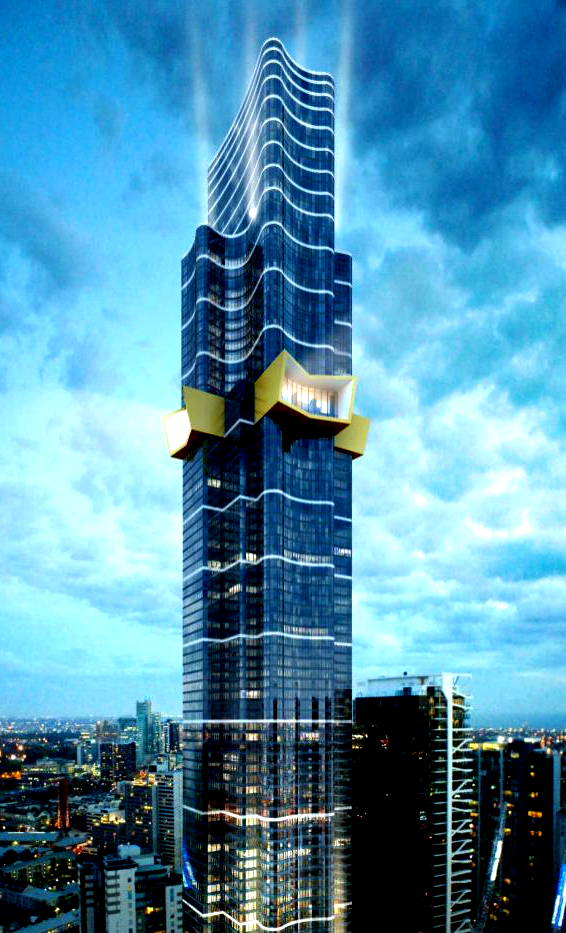 The first 100-storey building in the Southern Hemisphere has been approved for the Victorian Government, clearing the way for the 319-metre monolith.

Infrastructure Minister Matthew Guy keenly announced the building over the weekend, as well as the approval of two other skyscrapers’.

The tallest, at 108 storeys, will be built at 70 Southbank Boulevard. The governmental go-ahead has also been given to a 75-storey building on Elizabeth Street and a 54-storey tower on Queensbridge Street in Southbank.

The three buildings are expected to create around 5,800 construction jobs and house 4,000 people when completed.

“These buildings ensure that Melbourne has a large supply of housing units and dwellings coming through in our central city area and they are immensely important for the Victorian economy,” the Infrastructure Minister said.

But Associate Professor of Environment and Planning at RMIT, Michael Buxton, is not so swayed.

He has told ABC Radio that the towers will not help prevent Melbourne's urban sprawl, and the government’s wonky regulation guideless will make it more difficult.

“The current Government is saying this is going to take the pressure off the rest of the city, but of course it is not because they are different marketplaces - this isn't reducing pressure on the suburbs or the fringe by a centimetre,” Buxton said.

“The paradoxical thing is that the bigger the development the more impact and the more it should be controlled, but the less inclined the Government is to impose them because they can't resist this investment stream.

“You've got lower land costs, you've got more bang for your buck on the site, but the problem is the higher you go the higher the cost per unit, so the economics of this is really problematic,” he said.

The Government had set its sights a little higher than the final plan has allowed. Authorities originally approved the Australia 108 building at a height of 388 metres last year, but it had to be scaled back as it would have obstructed an emergency flight path to Essendon Airport.

The building is expected to be completed in 2019.