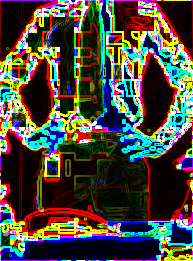 A new report says the Australian Public Service must promote innovation and creative minds within its ranks.

A 112-page report commissioned by the Institute of Public Administration Australia (IPAA) says the bureaucracy should give up some of its traditional fears and embrace greater risk for greater reward.

The IPAA paper says government HR should be looking for more “intrapreneurs”; managers who are able to build creative solutions for products, development and marketing.

There is no actual shortage of these elements within the current public service, and the report does not deny this. It has been shown in the past when inventive public servants leave government in order to pursue start-ups and other private ventures, often with considerable success.

In fact, he IPAA report acknowledges that some of the greatest modern innovations come from the halls and offices of government staff.

“The idea that markets are the only ‘innovation machines’, to use the economist William Baumol's phrase, is a very recent one and one that is flawed,” the report says, noting that attitudes must be changed to promote new thinking.

“Innovation in the public sector is more frequent than is usually appreciated, but it is patchy, uneven and more likely to happen despite how public sectors are organised rather than because of their systems.

“Contemporary governments are full of specialists in human resources, finance, IT and performance management, but not of expert innovators .

“It's rare to find board members responsible for ensuring a pipeline of promising new models, rare to find clarity about what counts as success or acceptable risk, rare to find public sector leaders who can explain what they spend on innovation or what they should spend.

“Experiment is the essential dynamic of learning and change in science, technology and the economy.

“How can the public sector embrace the necessity and power of experiments?”

The researchers found that the need for heightened innovation in the public sector is increased by the fact that it takes up a large part of the economy and is mainly financed by taxes.

Governments are also major customers for equipment, materials and services, and so any efficiencies or inventiveness in these areas can ultimately deliver a better outcome for taxpayers.

“Countless studies have shown that innovative and demanding public procurement is a major driver of innovation and enterprise development,” the report said.

“The public sector is also a central actor in addressing the complex challenges that our societies face in areas such as climate change and adaptation to rapid economic shifts.

Clearly, there is no expectation the public sector could become the sole dominion of innovation in such complicated areas, but it appears that the public sector’s role and input has been reduced despite its expertise.

“But the core role of the public sector remains that of providing an innovative and effective policy and program design platform,” the paper says.

The study was compiled for the IPAA by a team at the University of Technology Sydney.

It is available in PDF form from the IPAA.