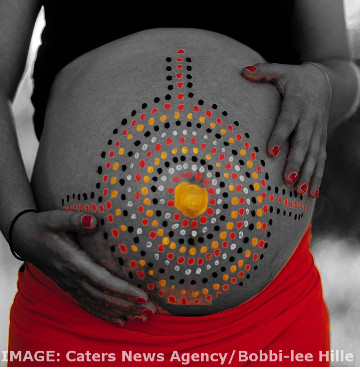 An Indigenous child welfare review has found newborns are being removed from mothers in “unethical” ways.

Dr Megan Davis, an Indigenous law professor at the University of NSW, has completed a review commissioned by the NSW Government, which makes 125 recommendations to overhaul the way Aboriginal families are treated by the system.

It calls for a ban on adopting Aboriginal children from the care system.

They found examples of the Department of Family and Community Services giving false and misleading evidence in court to argue against parents' ability to keep custody, as well as “widespread non-compliance” with laws and policies by the department and the sector more broadly.

In some cases, “the location of young people under the care and protection of the Minister was unknown”.

Professor Davis said the bureaucracy “has in many ways, ‘lost sight’ of the actual goal of protecting children in its day-to-day operation”.

Around ten per cent of Aboriginal children who entered care in the report period entered less than two weeks after being born.

“The current system of prenatal reporting, investigations and newborn removals is flawed and is having a significant impact on the number of Aboriginal children entering out-of-home care,” the report says.

Mothers saw their babies removed with “no opportunity to take photographs, keep a memento (such as a cot card) or give anything special to the baby”, in some cases.

The report included a case study in which authorities knew a mother was homeless, abusing drugs and a victim of domestic violence early in her pregnancy, but made no interventions before taking away her newborn baby.

In another case, a first-time mother was deemed a danger because she did not give details about her child's lunch-time routine, as the baby was only one day old.

Professor Davis recommended a triage system to identify women most in trouble during pregnancy.