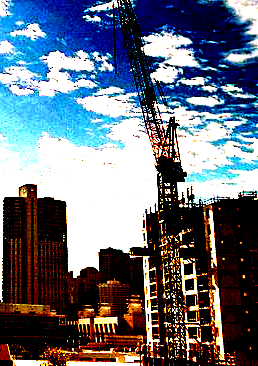 A report from the authorities at Engineers Australia says “the building system in New South Wales has broken down”.

They say a major fire in a Sydney high-rise is inevitable because of the poor state of NSW’s building certification system.

The Engineers Australia Multi-disciplinary Committee will release is new report this week , which claims that 85 per cent of NSW strata units were defective on completion.

It also found that New South Wales insurance companies are reporting average repair costs about 27 per cent on new buildings.

Engineer Robert Hart has told the ABC that the situation will only get worse.

“There are something like 20,000 new units coming on stream over the next few years, and we know they are being done by developers who are totally inexperienced and [have] no real interest in anything other than making money and this is causing major concerns,” Mr Hart said.

“There is a raft of issues. It is occurring daily but no-one is inspecting this stuff.

“This is what is going to cause a major incident at some point.

“There are some very clever fire engineers in this city and they have the most appalling stories.”

He says the major problems are:

“The system needs to be tightened. Everyone is focusing on price not on quality. Training is falling by the wayside,” consulting engineer Charles Rickard said.

Mr Rickard says those new bodies should come up with a prescriptive system for every part of the industry.

The Master Builders Association partly agrees, conceding that there are problematic pockets of the industry.

“Australia is being inundated with non-conforming products from countries where they don't have any standards yet clients specify that they be put in place,” he said.