Dozens given gift of sight in NT surgical spree 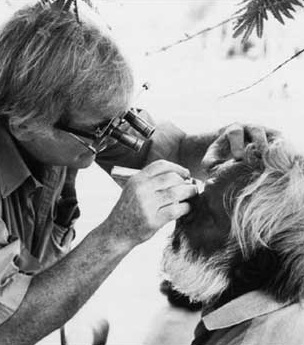 The Fred Hollows Foundation has continued its incredible work restoring sight to the blind, focussed this time on Aboriginal communities in the Northern Territory.

The Foundation held an eye-surgery blitz at the Alice Springs Hospital to help many people from remote parts of the country see the world in a new light. With figures showing indigenous people are six times more likely than other Australians to go blind, and eye health is at its poorest in NT – the area could not be more deserving of help.

More than 30 patients were seen from 15 remote communities in the surgical spree. Angus Thornton, a project officer with the Fred Hollows Foundation, says its about being where the charity is needed most.

“We try to target the people who have the greatest barriers to accessing eye surgery and the major target group there is people from remote Indigenous communities,” he said.

“It's obviously wonderful to restore sight for anyone but for people living in remote communities, the people who have had eye surgery have regularly reported the joy of being able to see their kids and grand kids.” Mr Thornton said.

Reports say patients were thrilled to receive the surgeries, with one woman from Alice Springs saying after cataract repair that everything was “nughjui”; meaning good.