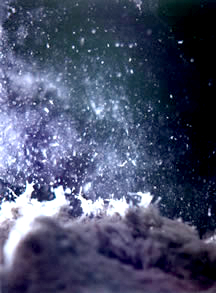 One MP is pushing his state government to buy dozens of homes insulated with loose-fill asbestos fibres, as the toxic legacy of Mr Fluffy keeps coming back.

Nationals Member for Monaro John Barilaro wants the New South Wales LNP government buy all the Mr Fluffy-affected properties, knock them down and re-use the land for new projects.

The call comes after ongoing revelations about the Mr Fluffy home insulation company, which filled houses with the cancer-causing material in Canberra and surrounding parts of NSW in the nineteen-sixties and seventies.

Over one thousand houses were cleaned under a Commonwealth program in the ACT decades ago, but that scheme did not find all of the affected Canberra homes and did not cover houses in surrounding NSW.

It is estimated that 15 properties in Queanbeyan would still have roof spaces packed with the toxic material, and there are reports of more on the south coast and in Cooma.

MP John Barilaro made an official proposal to NSW Premier Mike Baird, saying the Government must be proactive to solve the problem once and for all.

“We'll not force anyone out of their homes,” he told ABC this week.

“We'll deal with each individual case but right now there is no other proposal on the table.

“My proposal is to at least try and put a strategy together where there is a pathway that the Government takes responsibility of these homes.

“What we would do is of course through economies of scale, contract tendering out demolition of these homes to minimise the cost to the taxpayer.

“Once that is done and the sites are repaired, look at ways of rezoning and redeveloping these sites that we can return maximum return to the taxpayers of NSW and minimising the budget strain,” Mr Barilaro said.

Workcover NSW recently asked inspectors across the state to get involved in an assessment and sampling program to ascertain how widespread the contamination may be.

A committee has been formed to oversee the inspections and is set to report back in February next year.

The ACT Government has not given official word on its plans for Mr Fluffy contaminated houses, after more than 30 local families had to be moved due to the deadly material.