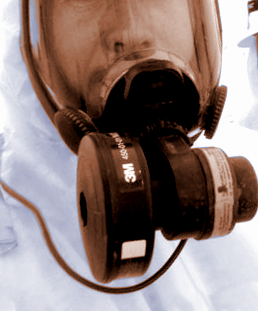 A new ACT Government taskforce will be the key point of contact for Canberrans affected by asbestos insulation.

Hundreds of Canberra homes are known to contain ‘Mr Fluffy’ loose-fill asbestos, a popular and cheap form of insulation in decades past, which has plagued the community ever since.

The new taskforce is formulated specifically for helping people living in homes insulated by Mr Fluffy, with reports that the cancer-causing compound remains in homes even after a Commonwealth program to remove the fibres from roof spaces.

Mr Fluffy used a form of asbestos insulation which was much easier to install but unendingly difficult to remove.

The ‘loose fill’ technique saw workers pump masses of loose fibres into ceilings with a giant hose. This particulate form of asbestos easily strays from the ceiling into vents, walls and even cupboards, where it then spreads to people, clothes and food.

ACT Chief Minister Katy Gallagher announced the formation of the Asbestos Response Taskforce (ART) this week, saying it would provide assistance, information and advice to those affected.

One of its first tasks will be to establish a register of those affected by Mr Fluffy insulation, including all current and former home owners or tenants, tradespeople, neighbours and real-estate and other professionals linked to the homes.

Cabinet will meet in coming days to discuss the urgent matters, and the possibility of assistance packages, for residents who have been forced from their homes by the deadly compound.

ACT Workplace Safety Minister Simon Corbell is calling on the Commonwealth to help, saying it holds some responsibility for legacy of toxic insulation nationwide.

The newly-announced taskforce has already been labelled “manifestly inadequate” by the ACT Opposition.

A spokesperson for the Fluffy Owners and Residents' Action Group said its members wanted “practical measures” which can help people today, rather than a group to talk about the future.

New regulations set up this week will see all construction workers and tradespeople who might be exposed to asbestos attending a mandatory safety course, which includes a session specifically on loose-fill asbestos insulation and former Mr Fluffy homes.