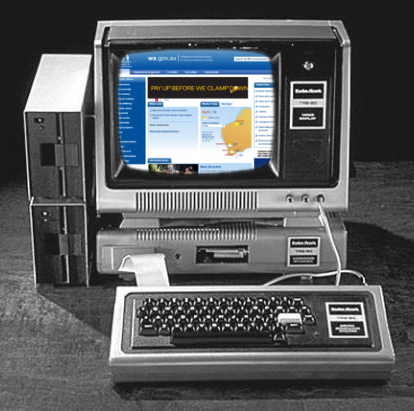 An auditor’s report has found little to praise about West Australian government websites.

The auditor-general’s review found the lack of online government services meant government agencies were missing out on a potential $2.2 billion in savings.

“It was apparent that WA is not as advanced as some other Australian jurisdictions in delivering common services online,” auditor-general Colin Murphy's report found.

“Many services that could be delivered online remain paper-based, requiring manual processes.”

It was revealed that some were much better than others at online service delivery.

“Not all of the agencies have given online services a high priority and competing needs and internal barriers such as legacy systems have inhibited progress,” the report stated.

One example is that a birth certificate or replacement driver's licence can be ordered online in almost any Australian state, but in WA the documents must be lodged by post or in person, and are more expensive too.

A birth certificate in WA costs $47, but getting one online in Victoria is $31.

WA has about 85 services on its “Do It Online” portal, whereas Queenslanders can access 440 services online.

In fact, the review found that none of the five agencies were delivering all the online services that they could, despite the technology being readily-available.

“As a result, agencies have overlooked potential efficiencies. Many services still depend on customers downloading forms and submitting them manually to the agency,” Mr Murphy wrote.

The auditors found that Landgate had saved $12 million in 2014-15 from moving online, but was one of just two agencies that had measured the savings from their transition.

“[It] should be a user-friendly portal but is a jumbled noticeboard-style page with no clear focus or intuitive navigation” which “makes finding online services unreliable and time consuming”.

The WA Government is expected to respond with a new digital services policy shortly.