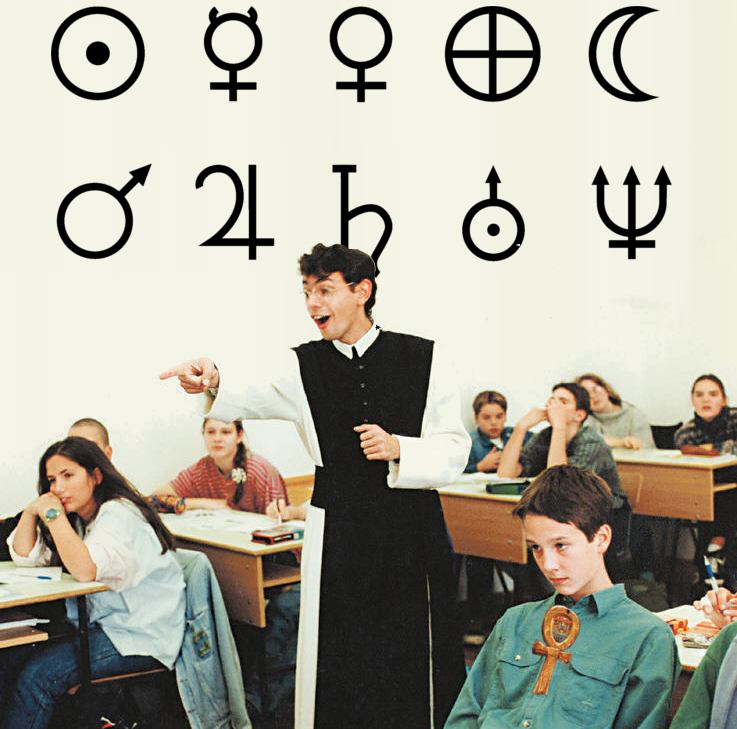 Victoria has excommunicated religion from its schools, banning church groups from holding prayer meetings, handing out sacred texts or other on-campus expanding of the flock.

The state’s Education Department announced the new directive, saying that it was aimed at the unaccredited teachers and external groups which often deliver the Special Religious Instruction (SRI) classes.

But the guidelines state that;

“SRI cannot and does not take the form of prayer groups, youth groups, clubs, information sessions, or workshops... Any other forums or activities as noted above, would constitute promotion of specific religions in schools outside SRI, and are not permitted.”

“It says that those forums or the events constitute promotion of specific religions in schools outside SRI and are not permitted.

“It's one thing to say that education in state schools should be secular - we agree with that - but it's quite another step to drive any religion out of schools, particularly at lunch time when the children are free to form their own clubs and do their own activities.

Lara Wood from Fairness In Religions In Schools (FERIS), also a parent of a Victorian school student, says the idea that rights are being infringed is “absurd”.

“These new clarifications of the law are saying that religious groups and corporations cannot use our schools as mission fields to come in and use the schools as an extension to operate their youth ministry,” she told the ABC.

“This is really no different than if the Minister of Education said to the Liberal or Labor Party that you can't go into schools at lunch time and hold political rallies.”

It is understood that the changes were made in the fallout of Access Ministries’ guideline breach late last year.

The state's main provider of religious volunteers was found distributing copies of ‘Refuel 2’, a so-called “Biblezine”.

The magazine included an article on “How to Attract Godly Girls”, which determined that all young males should seek heterosexual, Christian relationships.

Access Ministries is given close to $735,000 a year from the Victorian Government to provide SRI and chaplaincy programs.

The new guidelines do not ban learning about religions, as they are a fundamental aspect of human history, nor do they prevent students from praying at school.

“Students may be taught about a religious celebration, festival, special event etc., as part of the general religious education curriculum at a school by government school teachers,” the Education Department says.

“This may include recognition of and educational activities relating to key religious celebrations such as Christmas, Eid, Hanukkah and others.”

“For the avoidance of doubt, students engaging in prayer in observation of their religion at lunchtimes is not SRI as there is no element of ‘instruction’.”

“Such prayer cannot be led, conducted by or at the instruction of staff or parents/visitors/volunteers.”

It would be against the new rules for anyone, including approved providers, to distribute religious texts such as the Bible, Torah, Quran, Guru Granth Sahib Ji, Egyptian Book of the Dead, or L. Ron Hubbard’s Dianetics: The Modern Science of Mental Health.

Religious instruction classes had been opt-in since 2011, but the new forms are designed to clarify the difference between religious education and instruction.