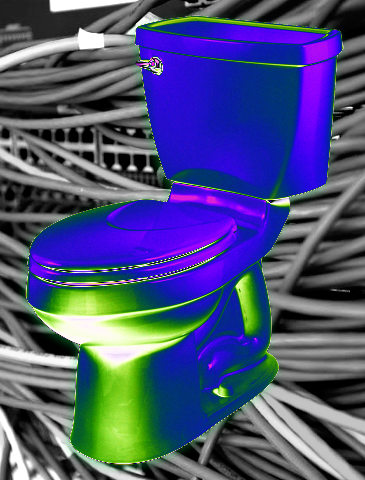 Experts have warned that Sydney's sewerage system could be hijacked by hackers, leading to potentially smelly chaos across the city.

An official investigation has raised serious concerns over the vulnerability of NSW's vital infrastructure to cyber attacks.

Beyond just messing with the water supply, hackers could infiltrate the traffic light network, cause accidents and other road mayhem.

NSW Auditor-General Grant Hehir has used the cyber security probe to call on government operators of critical infrastructure to plug the electronic gaps.

Cyber attacks on Australian government infrastructure are not unheard of.

In 2000, a disgruntled computer expert hacked into the sewerage system of one Queensland shire and sent raw sewage streaming into parks and waterways.

The recent probe looked at Sydney Water, which manages the city's water supply and sewage.

It found that the controls preventing IT security breaches were “not as effective as they could be”.

But the auditors said the state-owned corporation was well placed to respond to security incidents.

The Auditor-General said he was blocked from looking at security at the privately operated Prospect water treatment plant, from which much of Sydney's water supply comes.

The experts were kept out because the Auditor-Generals mandate did not extend to third parties, despite calls by a parliamentary committee in 2013 for the powers to be extended.

But NSW Labor water spokesperson Peter Primrose said privatisation of water and other services meant there was a “corporate veil of secrecy”, which could diminish security.

“People rely on these services and they should be accountable to the public through the Auditor-General and the Parliament,” he said.