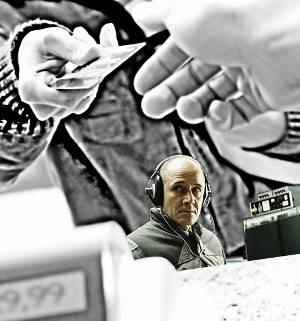 Former federal MP Craig Thomson has been ordered to pay $458,000 for breaching the Fair Work Act.

The Federal Court this week handed down its judgement over Mr Thomson's improper use of union funds between 2003 and 2009.

Mr Thomson was not in court to hear Justice Christopher Jessup order that he pay the Health Services Union $231,234 compensation plus $146,937 in interest.

Thomson spent tens of thousands of dollars on his union credit card to pay for hotels, attending personal functions, and vacations for him and his wife.

The court heard he even took money to pay for his campaign to get elected as the federal member for Dobell.

Mr Thomson was National Secretary of the HSU from August 2002 to December 2007.

He escaped a jail term late last year after he was found guilty of 13 charges of theft against the HSU, and was fined $25,000.

He was in fact acquitted of the majority of offences against him - 51 charges in all.

Those who were wronged are happy to hear the money will be paid back, but the timeline is unclear after the court heard Mr Thomson had no capacity to pay any fines.

“I am particularly pleased that this decision recognises the impact of Mr Thomson's actions on the union's membership by the awarding of compensation to the HSU,” she said in a statement.

“Today's decision sends a clear message to all officers of registered organisations that a failure to meet their obligations under the Fair Work Registered Organisations Act 2009 is a serious issue and will be treated accordingly.”