Palaszczuk responds to chaos in paradise 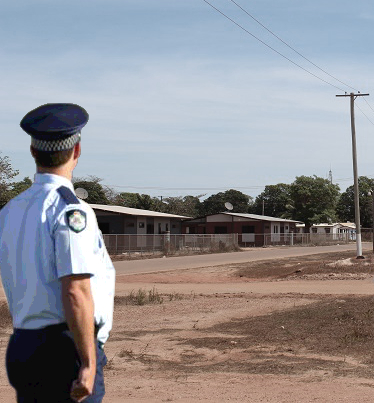 Trouble in the small town of Aurukun is putting vital education at risk.

The troubled community’s 20 teachers have been pulled out for the second time this month, following attacks by a reportedly small group of youths on the school principal, teachers' homes and security guards.

The tiny town in the Cape York region of Far North Queensland gained national attention in early May, when Cape York Academy staff were ordered to leave due to violent unrest.

Just a day after the Queensland Government removed the school staff, the principal was car-jacked by a group of youths. The appearance of chaos was not helped by videos that emerged apparently showing police standing idly by while teenagers assault each other in the street.

Queensland Premier Annastacia Palaszczuk met with the Police Commissioner on May 17 for an update, before the school was reopened the following day.

Police presence in the town has been increased from the usual 8 to 21 officers.

Meanwhile, panic buttons have been installed in the teacher’s homes.

When classes resumed, five teachers had decided not to return, but when the principal’s car was stolen again, the teaching staff voted to stay in the community.

Now, after just a week of classes, the situation has descended again, and the Queensland Government has ordered staff to leave town.

The Premier is on her way to visit Aurukun.

Cape York Indigenous leader Noel Pearson does not believe the teachers wanted to flee, calling the move a “bit of a knee jerk ... particularly on the part of people are not on the ground”.

However, Pearson says the teachers’ conditions are unacceptable.

“There is a terrible insecurity in relation to the premises that teachers live in,” he said.

“It’s disgusting that we expect young Australians to go out to remote areas — the hardest gigs in education — this is the Afghanistan of teaching, it is that hard.

“We are asking people to do great service for us as a community and the least they should expect is good accommodation that is safe, quiet.

“And we haven't guaranteed that. The buildings are dilapidated ... and unfit for the teachers that live in them and we have got to address that as a matter of priority.”

Mr Pearson said every effort should be focused on avoiding disruption of children's education.

“The school is an oasis, it is an absolute beacon in that community,” Mr Pearson said.

“Aurukun is the one school in Cape York peninsular that has inspired dozens of schools all over the country to adopt the program that we have running in that school.

“I just find it heart-wrenching that a school that has inspired a movement here is shut down and children won't have access for the next several weeks.”

Mr Pearson said blame should be aimed at community leaders’ failure to deal with the violence and disputes between families and other groups, and at successive state governments' failure to properly support the troubled community.

“Unfortunately I've never seen Aurukun so frequently convulsed by events like this as I have seen in the last few years,” he said.

“At the end of the day we are reliant on government for the creation of job opportunities in remote places such as Aurukun.”

The State Government is reportedly in discussions with resources company Glencore about the possibility of developing a bauxite mine to boost employment in the region.