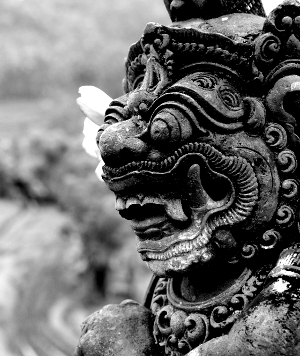 Astonishing reports today say the political media advisor to Clive Palmer has been arrested over the kidnapping of an NAB executive.

Mining magnate and maverick MP Clive Palmer may be questioning his own choices today, as Australia’s political story gets a little bit weirder just before the end of the year.

Palmer's media adviser and confidant Andrew Crook has reportedly been arrested by Queensland Police, following an investigation into the alleged kidnapping of a National Australia Bank executive on an Indonesian island.

A warrant is out for the arrest of multi-millionaire property developer and former Sydney Swans AFL player Tony Smith for involvement in the same matter.

Early reports say police were investigating allegations that Mr Crook and Mr Smith lured an employee of the National Australia Bank to Singapore and eventually to Batam Island in Indonesia.

The NAB worker was a witness in a $70 million civil case involving Mr Smith.

Mr Smith has been engaged in a legal battle against the National Australia Bank, claiming his multi-million-dollar loss at the height of the global financial crisis was the bank’s fault.

It is alleged that the witness was lured to the island on the pretence of a job offer from Clive Palmer, but Mr Palmer is not thought to have no involvement in, or knowledge of the plot.

Police are operating on allegations that once on the island, the NAB witness was strip-searched, physically threatened and made to recant the evidence he had previously given in court.

Mr Crook was apparently detained during a morning raid at his before police visited his Brisbane CBD office to carry out further searches.

Section 12 of the Queensland Criminal Code says that offences involving locals overseas can prosecuted if they are considered crimes in Australia.

Mr Crook and his PR firm, Crook Media have been handling Mr Palmer’s political media relations since the mining boss became a politician.

Mr Palmer is yet to make comment on the matter.