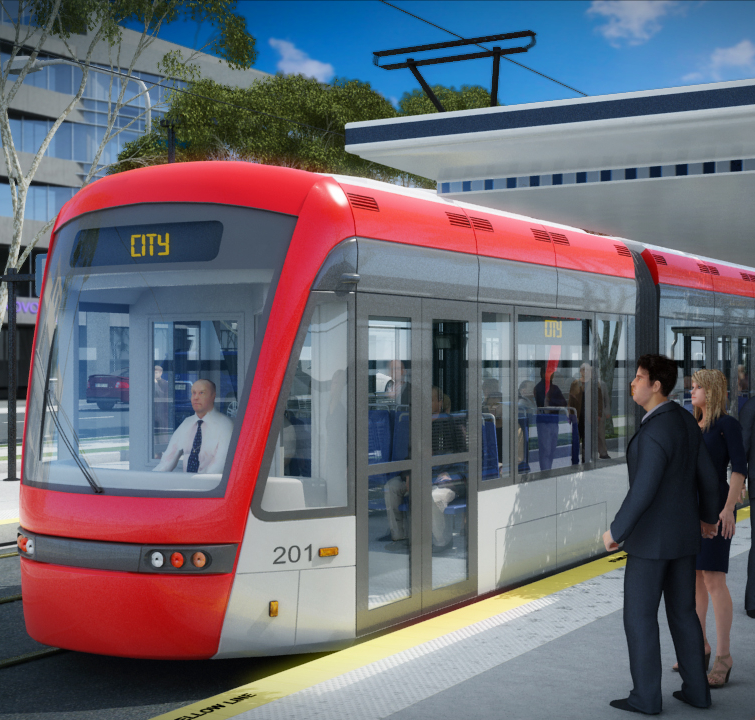 The ACT Government says stage one of Canberra's light rail network will be powered by 100 per cent renewable energy.

“Capital Metro is about creating a more sustainable Canberra and we are making sure that environment and sustainability is at the heart of our approach for an integrated public transport network,” he said.

The 100 per cent claim will require the fulfilment of two separate targets.

The first will require a successful bidder for the project to source 10 per cent of the rail’s electricity usage from renewable sources.

“Combined with the ACT Government achieving its target of 90 per cent renewable energy by 2020 - the time in which stage one light rail will be up and running - this will enable the Capital Metro project to be 100 per cent green energy powered,” Mr Corbell said.

The successful bidder will also be forced to reduce its greenhouse gas emissions during construction.

“This would include avoiding and reducing emissions through energy efficient construction practices as well as sourcing carbon offsets by investing in programs such as reforestation or renewable energy initiatives,” he said.

The ACT Government says Canberra has the highest car dependence of any major city, with transport now responsible for 25 per cent of the ACT’s greenhouse emissions.

“Light rail has the potential to greatly improve our city's liveability and sustainability by getting people out of their cars and onto public transport,” Mr Corbell said.

“This will not only reduce our greenhouse gas emissions but also congestion and travel times.”

Despite its new green power credentials, the light rail plan has been slammed for other potential environmental effects.