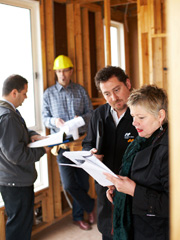 South Australian councils are being urged to relax, take a deep breath, and read the state’s new planning proposals for themselves.

SA is looking to overhaul its planning system to fix a range of failures and inefficiencies, and some say nearly every move has the potential to be blown up into a contentious headline.

City of Prospect Mayor David O’Loughlin says the report is substantial and deals with one of the State Parliament’s most complex areas of regulation.

“There is a huge risk in quick headlines painting people into corners on future reforms,” he said.

Mayor O’Loughlin, president of SA’s Local Government Association, said all parties should read the report in detail before responding.

"The planning system is a creation of the State Government, it is 20 years old, and has become inefficient and cumbersome but Councils have had no choice but to work within it," Mayor O'Loughlin said.

"There is not a Council I speak to who has not voiced their concern about the current system and have therefore called for reforms."

"Our calls for reform were echoed by industry and the Minister responded with the Expert Panel process. We congratulate the Panel Members for their diligence, commitment to consultation with the sector and their genuine desire to create improved pathways for community engagement, more efficient change processes and streamlined approvals."

"We will read their final report in detail and work closely with the Minister and his Department to establish a clear pathway to legislative reform, drawing on the work of the Expert Panel."

"Local and State Government both have crucial roles in regulating the built environment and it is only by working together that we will achieve the best results for our joint constituencies."

Mayor O’Loughlin said the LGA would take the time to review the recommendations and to talk to Councils before making a detailed public response.

"An initial assessment would consider how closely the final recommendations align with the LGA’s comprehensive submission to the Panel made in September," he said. "I note that cost analysis work in relation to the proposals was not yet available.

“Our key planning reform objectives are for an accessible and integrated system which holds decision makers to account and promotes positive community engagement,” he said.

“We had a productive meeting with Minister John Rau last week and agreed to establish a framework for engagement between State and Local government.”