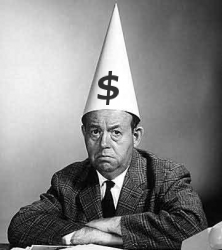 A million dollar ad campaign has not been enough to convince WA teachers that the state’s new school funding model is a good idea.

Teachers’ union reps say there are some flaws in the new model, designed to allocate spending in a needs-based form.

Unions have also criticised the WA Government for an advertising campaign which saw over a million dollars spent to promote the education changes, without the department give any extra details.

The theoretically needs-based system comes into place next year, but WA State School Teachers Union' president Pat Byrne has already poked some holes in the plan.

“The concern that we have is that this model is being introduced on top of the $200 million cuts we saw last year,” she said this week.

“Now, if that is the case and there isn't additional money being put into the system, what we are actually experiencing here is just a reshuffling of existing funding, in other words we are robbing Peter to pay Paul.

“Some schools are going to have to do with less so that other schools can get more, that is not the way to deal with funding in public schools.

“If in fact secondary schools are going to be asked to pay for this, and from what the Minister says, that's the indication, then that's outrageous.

“Our secondary schools are by no means wealthy, they are not in a position to be able to afford any additional rounds of cutting either staff or funds but it appears from what the Minister is saying this is how they are going to pay for increases to funds for primary schools.

“This is simply not good enough. We need additional resources, by all means, directed to the areas of greater need but not at the expense of schools that are already in the system,” Ms Byrne said.

West Australian Minister for Education peter Collier says the new system is complex, but caters more effectively to the needs of Aboriginal, disabled or English as a second language students.

Mr Collier said the model was based on repeated evidence showing that intervention at a primary level to reduce class sizes was essential to later outcomes.

The minister defending the advertising costs too, saying the campaign cost around 0.01 per cent of the total education budget, which has risen 61 per cent since 2008 and gone from $2.8 billion to $4.6 billion this year alone.

A United Voice spokesperson warned the system does not guarantee school principals will spend additional money on students in the most need.